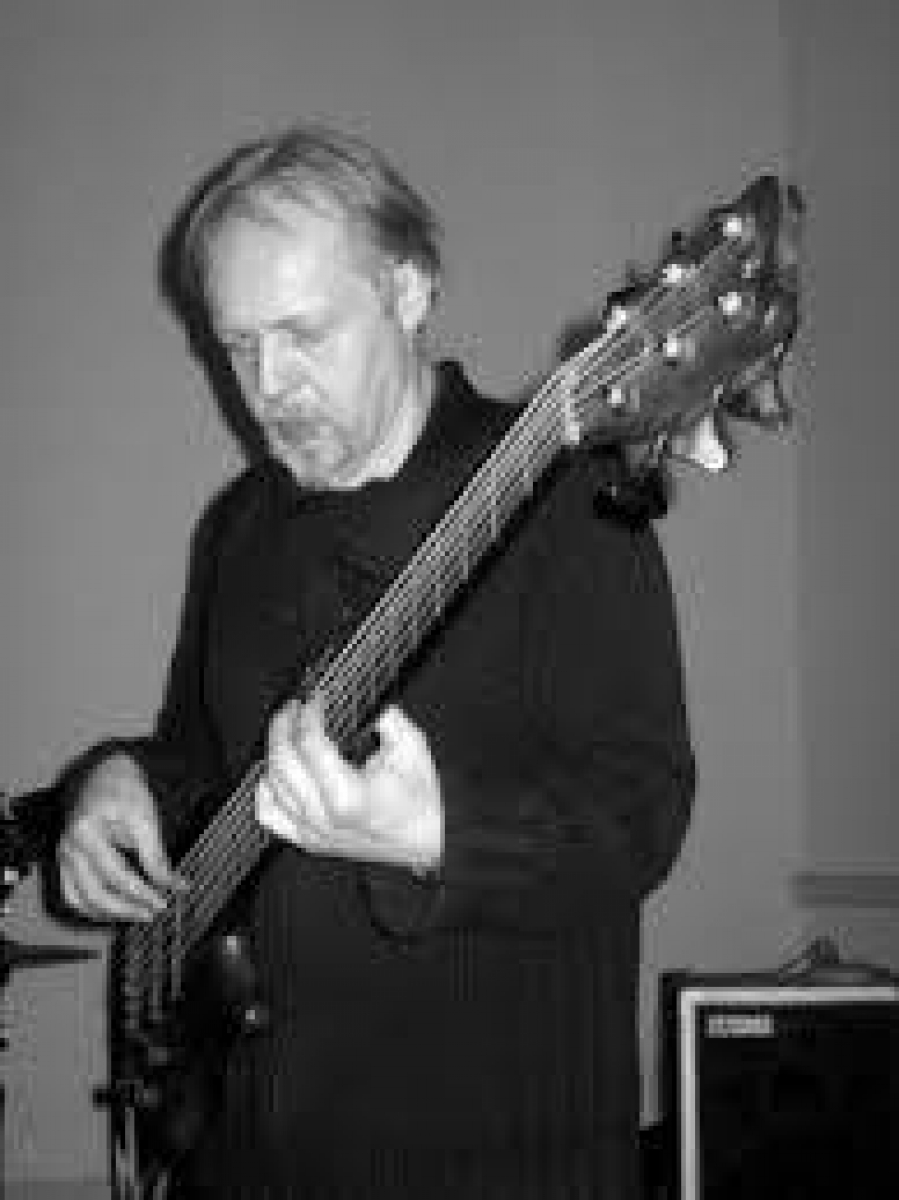 1970 – Meets Roger TRIGAUX with whom I form an innovative rock group with our own compositions.

1983 - Recording of "Crawling Wind" a UNIVERS ZERO extended single and touring with the band.
1983 - Meet and jam with KRÄLDJURSANSTALTEN in Sweden.
1983 - Co-founder of the improvisation group "LIQUIDATION TOTALE" with Daniel DENIS, Franck WUYTS and Michel DELORY, playing a kind of Tony Williams - Miles Davis direction.

1984 - Start mail exchange of work on tape cassette with the American band "CARTOON".

1990 - Release of "Toujours Plus A L' Est" by UNIVERS ZERO on a compilation called "Enneade", with amongst others, the group MAGMA
1990 - Rejoins the ethnic-jazz group GALILEO'S LEFT WING with Luk MISHALLE, Danny DE CORT and Dirk WACHTELAER
1990 - Rejoins the group ANOUK & COMMENTS.
1990 - Participates to a few concerts with the mega group THE SIMPLETONES including numerous Belgian and English musicians.

1992 - Creates CARBON 7 a record company with Alan WARD.
1992 - Plays with X-LEGGED SALLY, this time including Pierre VERVLOESEM and Jean-Luc PLOUVIER.

1994 - Creation of "CARBON 7 Distribution" for Belgium.
1994 - Becomes member of the Rock group "GUTS !", including Fabienne VANDENPLAS, Arianne PLUMEREL, Luc VAN LIESHOUT, Eric LEMAÎTRE, Matvei BILIS, and Thierry CARCAN.
1994 - Play bass on the CD "Each In Our Own Thoughts" by Tim HODGKINSON including some unreleased titles from HENRY COW with Dagmar KRAUSE on vocals, but also Chris CUTLER, Lindsay COOPER, Bill GILONIS, Rick WILSON among others.
1994 - Produce and plays as guest on "Home Made", the first Pierre VERVLOESEM" solo album.

1995 - Releases "Onde Crépusculaire", a composition initially written for Univers Zéro, on a compilation by "Cuneïform Records", under the name of DOCTOR ZERO, with the participation of the group DOCTOR NERVE.
1995 - Participates in the reforming of the group PRESENT with Roger TRIGAUX, Daniel DENIS and Réginald TRIGAUX.

1997 - Play a unique concert with UNIVERS ZERO at Victoriaville Festival in Quebec - Canada.
1997 - Play with Andy KIRK & The Heatmakers a very good cover band with a mixed repertoire including Andy's compositions and songs from Peter Gabriel, Police, Pink Floyd, U2, Deep Purple, Simple minds, and jimi Hendrix among others.

2000 - Start composing new material with the aim to bring out a solo CD.

2002 - Produce and play bass on the CD "Grosso Modo" from Pierre VERVLOESEM, with Peter VANDENBERGHE ..boards, Charles HAYWARD on drums, and Peter VERMEERSCH as guest on Clarinets.
Partly composed, and partly improvised, a successful way of keeping intact the energy of live music.

2005 - Play a live concert as guest with KK NULL electronic devices, Seijiro MURAYAMA on drums and Eric LEMAÎTRE on guitar.

2006 - Play bass, and do some vocals on Modified Reality by Franck BALESTRACCI, produced and released on my label. This is the first work thru the channel of internet. I recorded myself as well than the guitarist Réginald TRIGAUX and the violist Marianne DENOÏA at home, and send it to Franck who finalised the all work at home as well.

2008 - Play on a live version of La Faulx released as a bonus track on a remastered version of 1313
2008 - Played live for two concerts with Yoshida TATSUYA from RUINS, and Kawabata MAKOTO from ACID MOTHER TEMPLE
2008 - Join a new band under the name of PURPLE VISHNU, with Michel DELVILLE (Synth-Guitar), Frank VAN DER KOOIJ (Acoustic and electronic Saxophone), Ivo SANS (Drums). Already two concerts have been done under this name, and are expecting some feedback for more... The music is a mix between own compositions and destructured "Rock" covers.
2008 - The band Purple Vishnu change its name into The MOVING TONES, and has been rejoined by Catherine SMET (Keyboards).
2008 - The MOVING TONES play 3 concerts with Benoît MOERLIN (Electronic Vibraphone, Marimba) as guest.
2008 - Play Bass as guest on the track "Agakuk" from the CD "Blue" by FINNEGANS WAKE. The two other guest are Reginald TRIGAUX (Guitar), and Morgan ÅGREN (Drums).

2009 - Played live as guest with SIBEL and her band. A repertoir made of Turkish music, including a part of a composition of mine.
2009 - Made a concert of totaly improvised material with Geoff LEIGH on flutes, saxophones, percussion, vocals, electronics, Michel DELVILLE on guitar and Ivo SANS on drums. Reinforced by Frank WUYTS on melodica.
2009 - Played at Zappanale Festival with ACID MOTHER GURU GURU GONG including Daevid ALLEN (Guitar, Vocals), Makoto KAWABATA (Guitar) and Mani NEUMEIER (Drums).
2009 - Played the first concert of the band EMERGENT SEA in Belgium, including Fabienne VANDENPLAS (Vocals), Eric LEMAÎTRE (Guitar) and Danny VAN HOECK (Drums).
2009 - Recorded new stuff with original members of the German band GURU GURU including Ax GENRICH on guitar, and Mani NEUMEIER on drums.

2010 – Release of the CD “Iridule” by the Italian band YUGEN, appear as guest.

2011 - Play a few gigs with old friend Gianni MANENTE on drums.
2011 - Concerts with EMERGENT SEA including the last with Eric LEMAÎTRE (RIP).

2012 - Record a bassline on a song by Tanar CATALPINAR.
2012 - Compose "Déchirement Périphérique" in memory of Eric LEMAÎTRE.
2012 - Restart EMERGENT SEA with Andy KIRK.

2013 – Tour with UNEVEN ELEVEN in trio with Makoto KAWABATA and Charles HAYWARD.

2015 – Release of the CD “A Farewell To Brains” by Swedish Simon STEENSLAND (including Morgan ÅGREN), appear as guest

2015 – Release of the CD “Barriers by Brian BURMAN, appear as guest.

2018 - Recording session for the piece “Are You Out Of My Mind ?” virtual with Dave Newhouse (Baritone Sax).

2018 – Release of Bret HART record “Dubble Thud”, play on one track as guest.

2019 – Recording session for the piece “Further It Is” with Carla DIRATZ and Pascal VAUCEL. 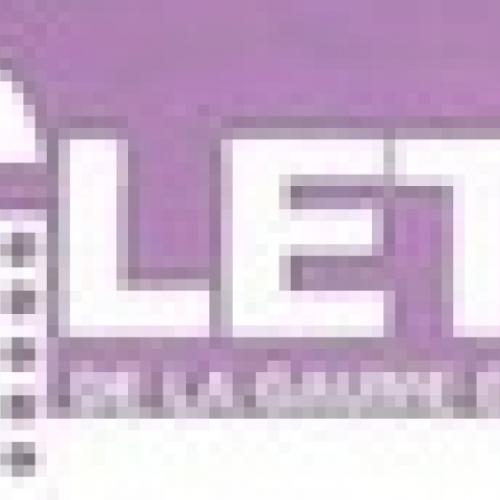 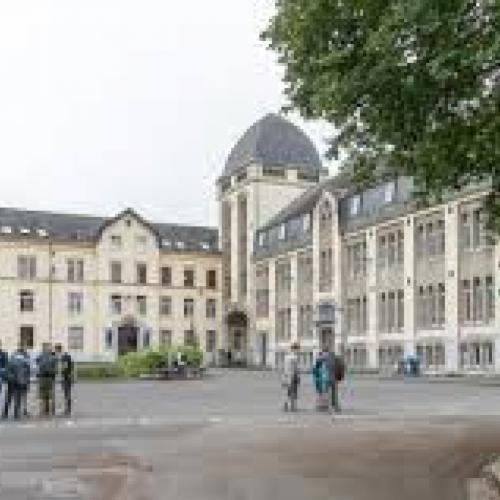